In ancient times, Hetian jade was called the jade of Kunlun, the jade of Saishan, the jade of Yushi, the jade of Zhongshan, the jade of Hui, the jade of jade, and the jade. After the Opium War, the French mineralist De Muer used the stolen goods robbed by the Yuanmingyuan as a specimen to test Hetian jade and jade. According to the subtle difference in hardness between the two jade, he was shamelessly named Hetian Yu as "soft jade" in 1863. (Nephrite) and jadeite are "Jadeite". From then on, Hetian Yu was put on the black pot of "soft jade", and it has not been able to reverse the case so far. This may be a lot of knowledge about Hetian Yu, who is not mad at jade. Today, Xiaobian will give you more cold knowledge about Hetian jade. If you love jade, how can you not know this? 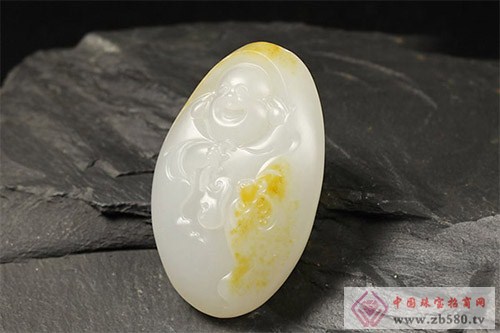 First, the official name is only 130 years

Hetian jade has developed and utilized the â€œSilk Roadâ€, which has a history of more than 7,000 years, and communicates Chinese and Western cultures. Its predecessor was the â€œJade Roadâ€ that transported Hetian jade. It is more than 4,400 years ahead of the Silk Road. When Qin Shihuang unified China, Hetian jade was called "Kunshan Jade" because it was produced in Kunlun Mountain. Later, it was called "Yuta Yu" because it was located in the territory of Tian. It was not until the establishment of Hetian Zhilizhou in the 9th year of Qing Guangxu (AD 1883) that it was officially named "Hetian jade".

Second, the earliest Hetian jade artifacts are not in the women's tomb

The earliest recognized Hetian jade artifacts from the academic circles were unearthed at the Women's Tomb of the Yin Ruins in Anyang, Henan (the late Shang Dynasty from about the 13th century to the beginning of the 12th century), and in fact should be the Xinglongtun Cultural Site of Aohan Banner in Chifeng City, Inner Mongolia and Liaoning. Dozens of jade articles unearthed from the Chahai Cultural Site in Fuxin City. Most of these jade articles are Hetian jade, dating from 7000-8000 years ago.

From the beginning of Xia, Shang and Zhou, until the end of the Qing Dynasty, in the history of more than 4,000 years of writing, Hetian jade produced a total of 9,968 tons, with an average annual output of 2.5 tons.

4. More than 120 tremolite jade around the world

There are more than 120 tremolite deposits in the world, distributed in more than 20 countries and regions (such as Russia, the United States, Brazil, Canada, Australia, Poland, New Zealand, South Korea, North Korea, Taiwan, etc., of which Canada's production is the world's number Two).

However, these deposits belong to serpentinite type tremolite jade (mainly jasper, Russia, South Korea, and North Korea produce white jade), but only Hetian jade in Xinjiang belongs to non-serpentine type tremolite due to extremely special geological formation. Jade, this is one of the important reasons why Xinjiangâ€™s Hetian jade is highly sought after.

After the founding of New China, the Xinjiang Hetian jade production area established a public-private joint jade purchase station. After the 1960s, it was changed to state-run and began to use explosives mining. The annual output is 30 to 40 tons, but the quality is poor, and the utilization rate is less than half. According to the information of the program group of the Central Peopleâ€™s Broadcasting Station "Across the Country", the output of Hetian jade in 1981 was 74 tons, an increase of 1.28 times over 1980. Since the 1990s, an average of 120 to 150 tons per year has been mined.

Up to now, the global total gold reserves are 115,700 tons, and the gold that has been mined in 6,000 years has reached 171,300 tons. At this rate, gold can be used for more than 700 years; the total global silver reserves are 510,000 tons, and the next 18-23 years Silver will be mined, and by 2020 silver will be short of supply and demand. China's Hetian jade reserves are 280,000 tons, and theoretically it can be mined for about 160 years. However, because Hetian jade cannot be purified and recycled like gold and silver, and it is disposable processing, it cannot be regenerated, and resources will face in the next few decades. exhausted.