Following the first National Wind Award held by the West Lake in 2019, Tmall Guochao once again joined hands with Huashang Kyushu to hold the Chinese Chinese clothing cultural catwalk performance ceremony under the guidance of the Central Committee of the Communist Youth League "China Chinese Clothing Day". The culture of Huaxia Meifu is prosperous, and it will be located in Xi'an Datang Furong Garden on July 18-19. It will be built with three major sections: Huafu Xidian, Guofeng Goods Live Room, and Guofeng Market to create a promotion of Huafu culture, A major event in the Hanfu circle that showcases the flourishing national style. 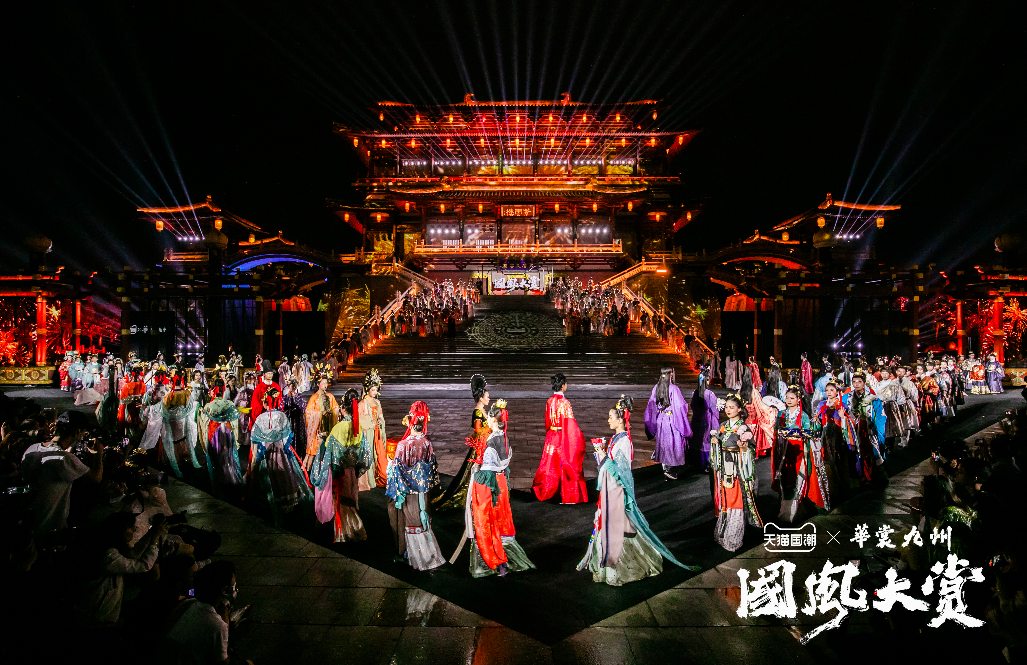 In 2018, the Central Committee of the Communist Youth League designated the third day of the third month of the lunar calendar as China's Chinese clothing day, which is intended to promote the revival of the Han clothing culture with a history of thousands of years. In response to the call, Tmall Guochao created the first Han clothing cultural innovation catwalk-Guofeng Last year, Xu Jiao and more than 20 super-powerful national wind circles were invited to ICON, and 200 sets of LOOK show models from 50 brands were presented to the audience, showing the beauty of the East, thus making the annual Tmall country tide country Feng Da Rewards can become an authoritative ceremony in the Hanfu circle. 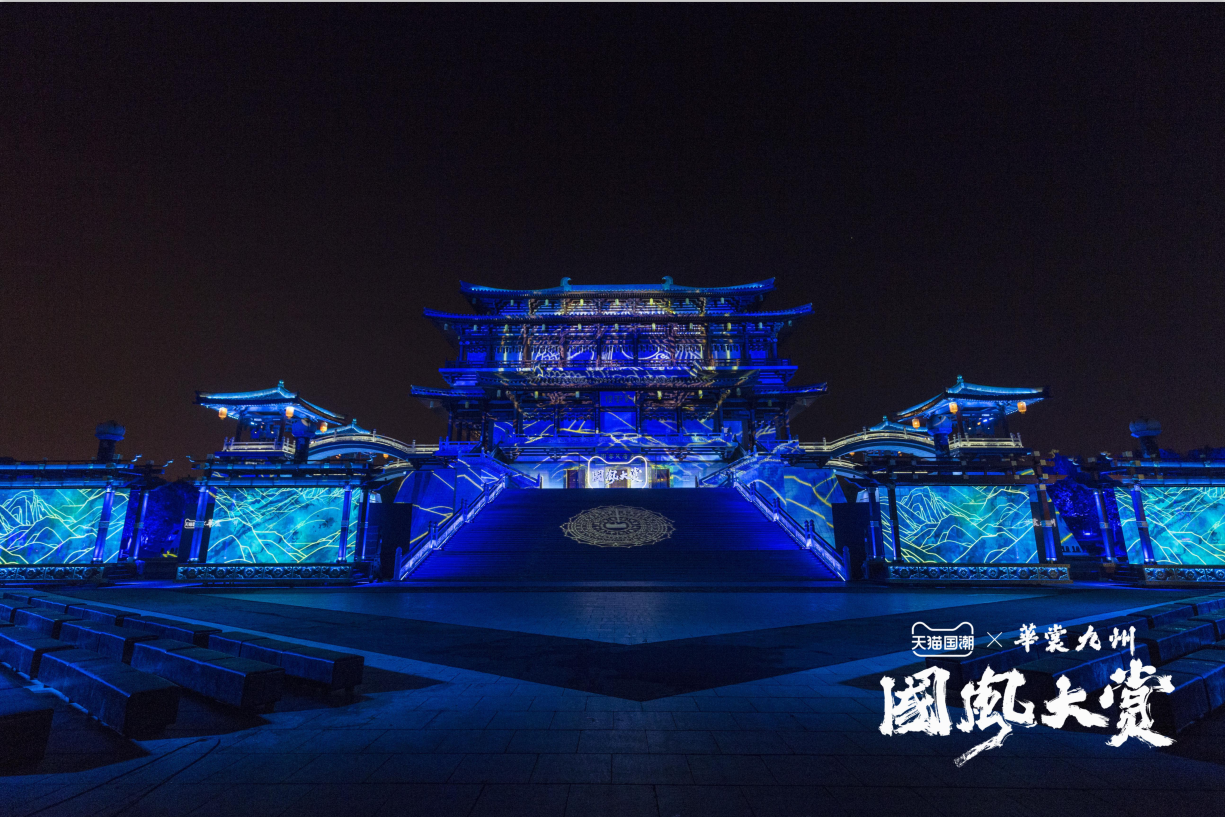 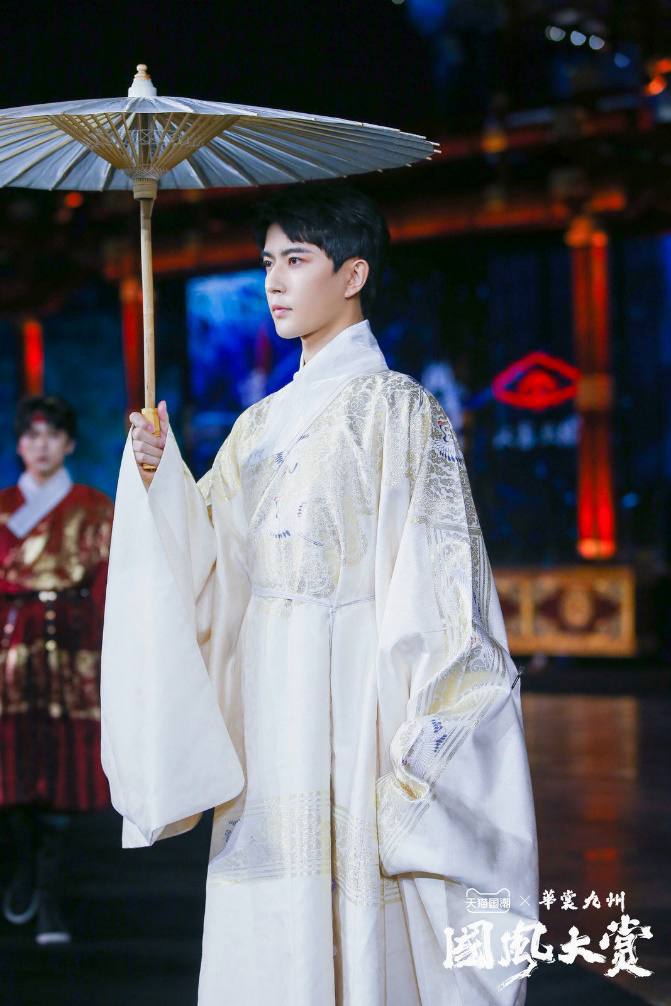 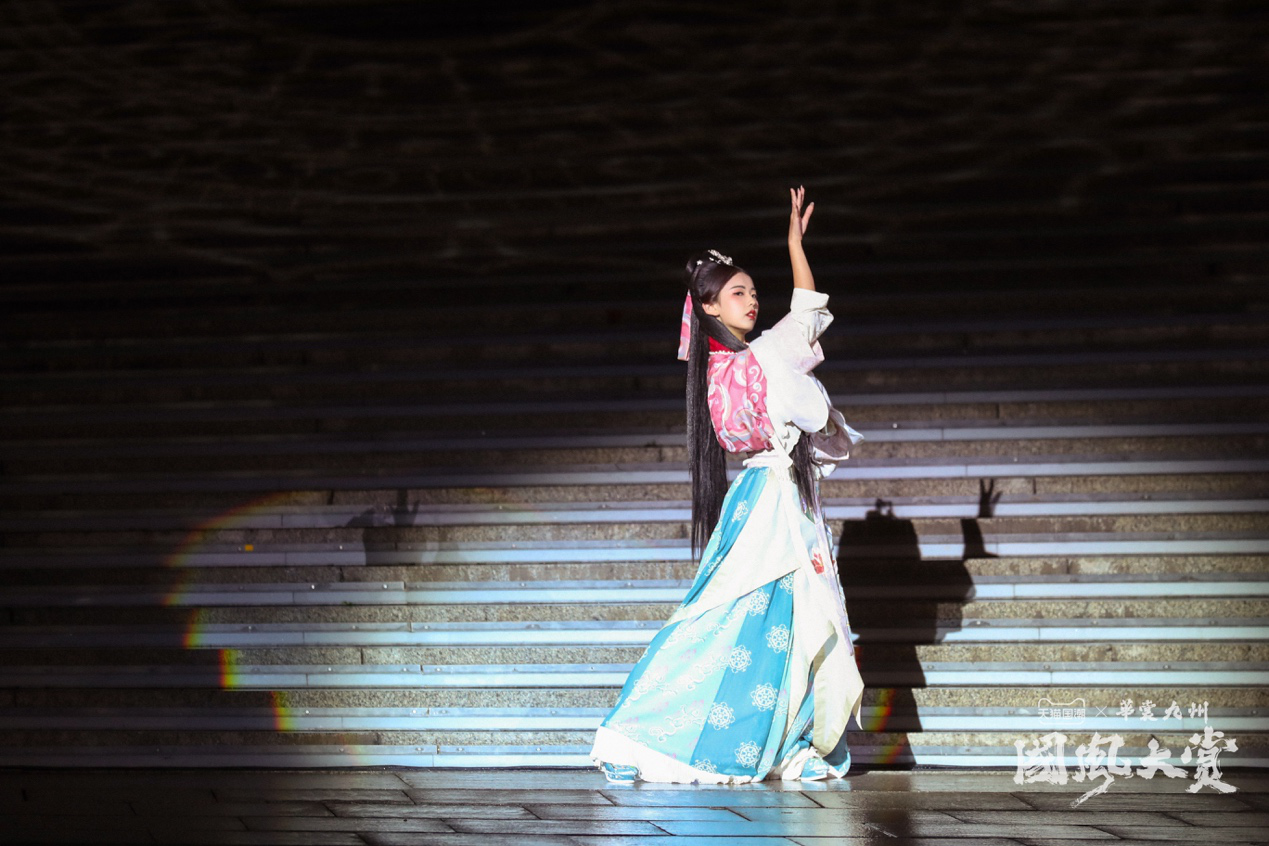 At 20:30 in the evening of July 18th, the whole Huafu show was slowly opened in Xi'an Datang Furong Garden, which carries the exquisite culture of the Tang Dynasty, with the sound of the quaint Chinese style. The big show takes "Thousand Autumn", "Return to Source" and "New Source" as the three themed chapters, showing nearly 300 LOOKs from well-known Hanfu brands on Tmall and Taobao, opening a beautiful visual gluttony feast. In addition to the 240 viewers, the event was broadcast live on the whole network with Taobao Live, Bilibili, AcFun, Douyu Live, Huya Live, Kela Kla and other platforms. The show started less than 5 minutes, and the number of online live broadcasts exceeded one million. 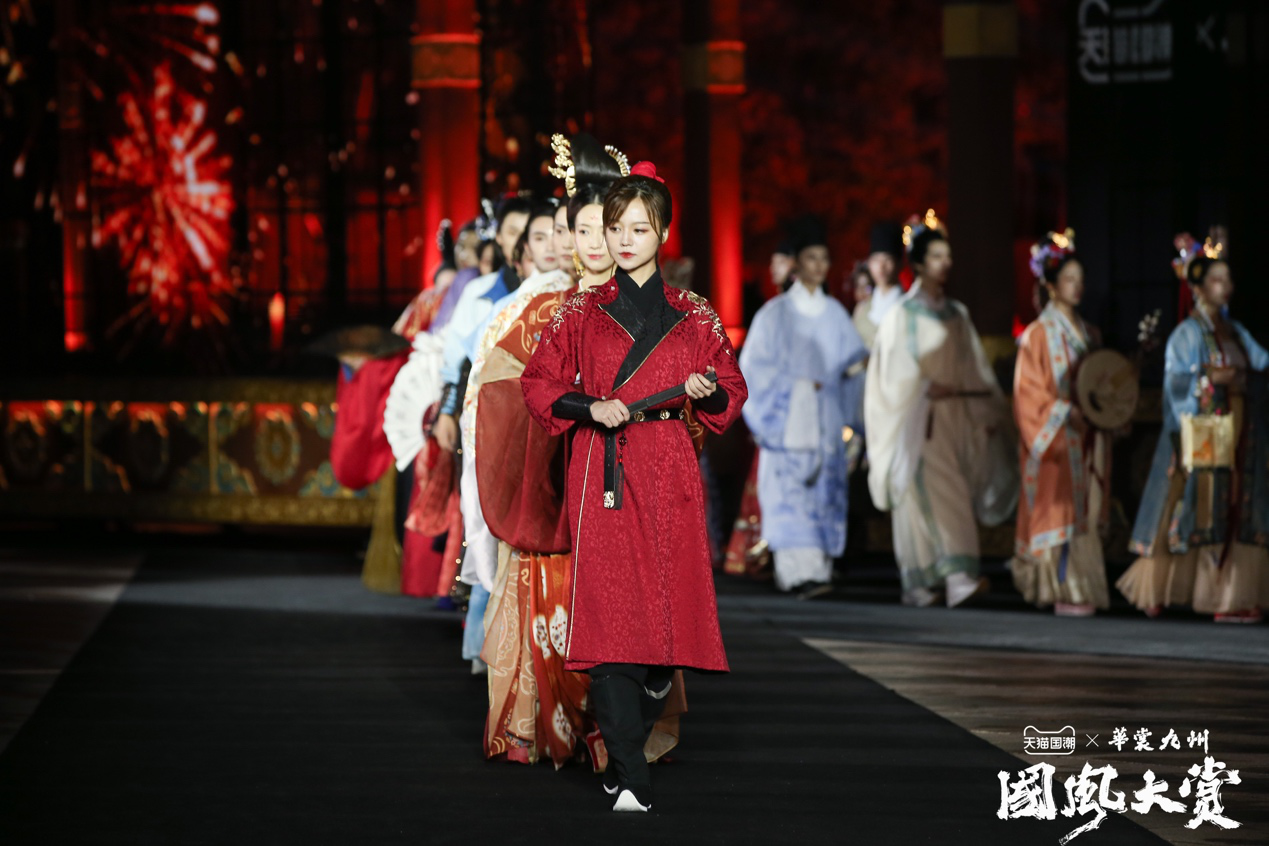 Different from the one-day gorgeous show held last year, this year's Guofeng Awards also added a two-day Guofeng market on the basis of the Chinese clothing show, and added a live broadcast room for the national style good things online, which is for the majority of hobbies. Those who grow grass and national customs. Among them, the Guofeng Bazaar brings together more than 30 Hanfu and domestic brands including Huashang Kyushu, Xinxiangyin, Lanju, Daphne, Zuitangfeng, Haima, etc. to open offline booths to realize the enjoyment of buying and watching New Experience. 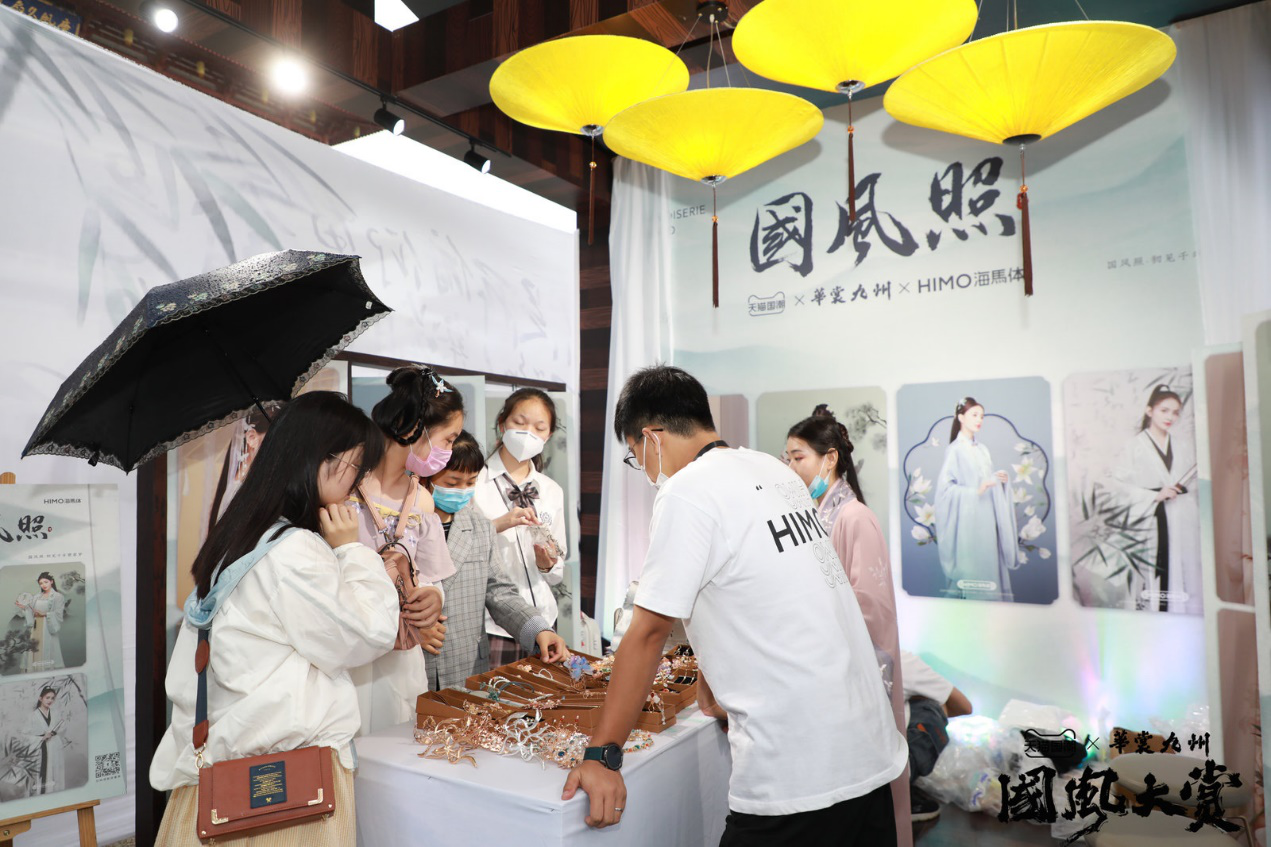 In conjunction with this offline event, Guofeng Awards also launched 400 free tickets for wearing Hanfu in the Tang Furong Garden Scenic Spot. The day the scenic spot went online on the appointment day triggered a craze for ticket-grabbing on the whole network, and 400 tickets went online immediately. 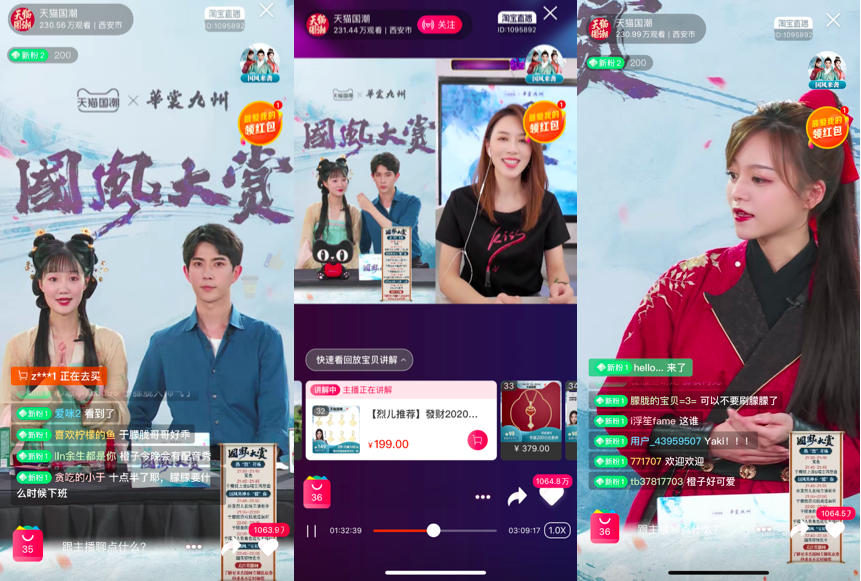 This grand ceremony not only showcases the beauty of tradition, but many domestic brands also boldly innovate and interpret national style cross-border alternatively. Xinxiangyin Cotton Soft Towel launched the cross-border Hanfu-Yan Cuiwu Tiange, performed by the singer + "Youth with You 2" popular contestant Zuo Zhuo, simple and elegant; Guofeng master, Huashang Kyushu promoter Oshichi Dressed in the "Little Red Man" national costume brought by Affordable Herbal Medicine, wrapped in red makeup, he was very heroic and capable; the brand Hanke Silk Road joined hands with the big coffee in the circle in the obscurity, and offered the woven gold makeup technique. Xiangyun Ruihe Road Robe, Yunheyun Shoulder is an extended design based on double cranes in the Ming Dynasty. The upper body is woven with gold and moirÃ© cloud shoulders. There are double cranes flying above the moire on the front, back and shoulders, and the two sleeves reach the knees. [There are cranes flying above the clouds in each place, both exquisite and atmospheric. In addition, there are 14 sets of Yongle Palace mural restoration costumes created by Yongle Palace IP, and the cross-border Han costume "National Color Embrace the City" in the Datang Furong Garden Scenic Spot. The appearance of various costumes will surprise the audience. 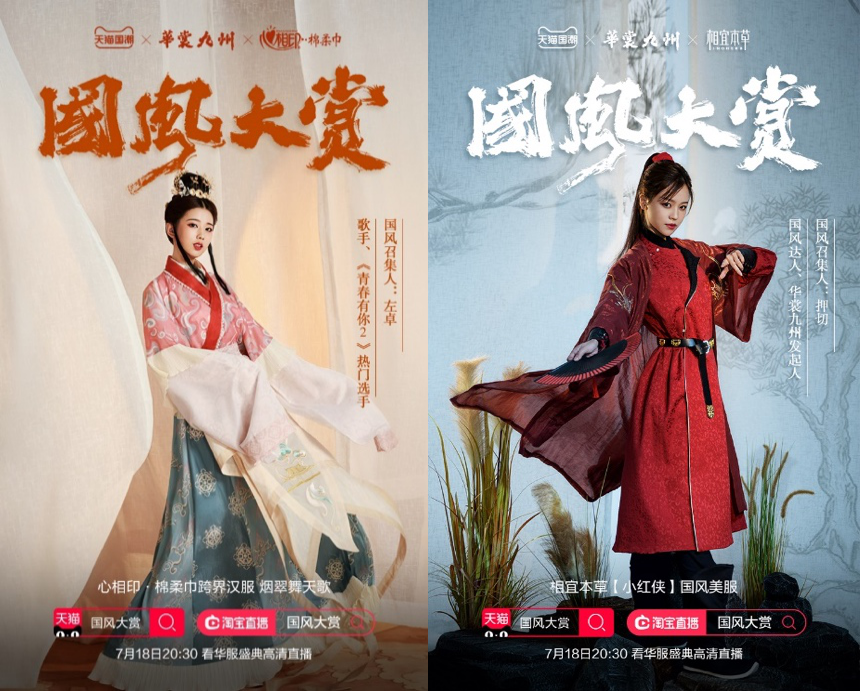 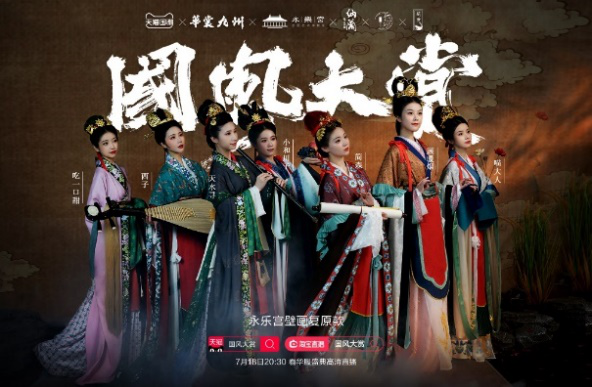 With this cross-border cooperation between Hanfu and brands, Hanfu radiates to a wider range of people with the help of brands and IP. For example, the comic "Under One", the game "Swordsman" and other trendy IPs created personalized derivative Hanfu, which made the seemingly "niche" Hanfu culture successfully get out of the circle and screen hot topics. 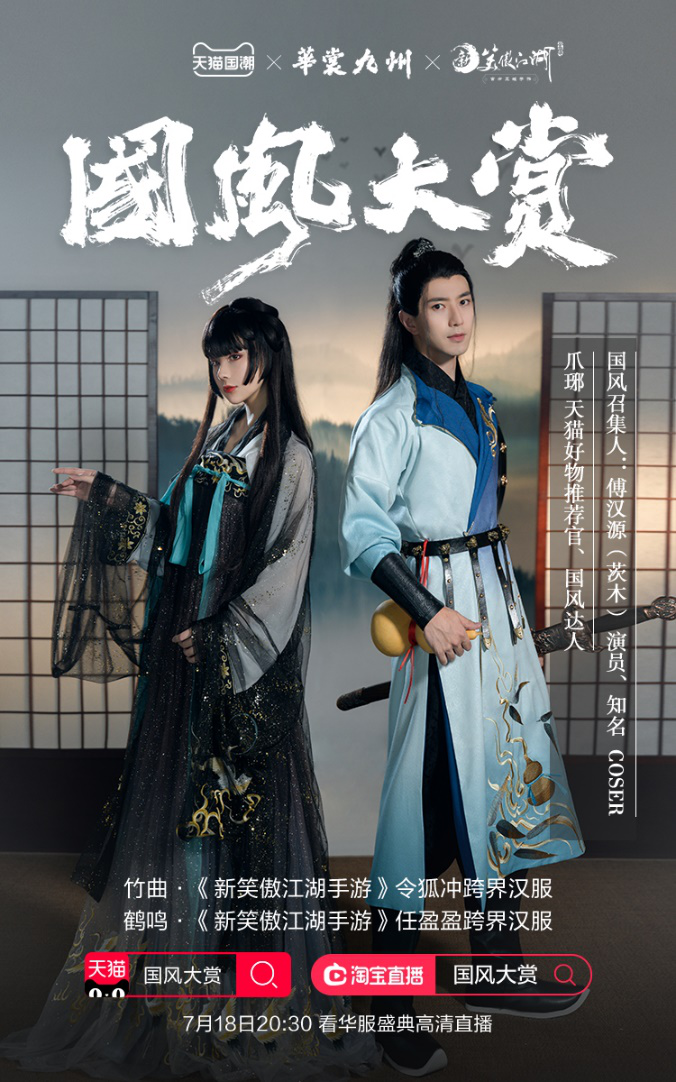 From the beginning of the exposing part of the Chinese and American Hanfu, this event also triggered widespread public discussion. During the festival, Guofeng Awards related topics and content were spread on Weibo and Douyin, and the topic #äºŽæœ¦é›¾ç©¿å¤©ä»·æ±‰æœ# will be on the Douyin Hot List the next day. And #å›½æ½®æ¥äº†# has more than 3.55 billion readings on Weibo topics and 2.677 million discussions. #å›½é£Žå¤§èµ# has more than 250 million readings on topics. The brocade and beautiful clothes displayed by the beautiful boys and girls of Guofeng are refreshing. They all feel the rich beauty of traditional clothing. 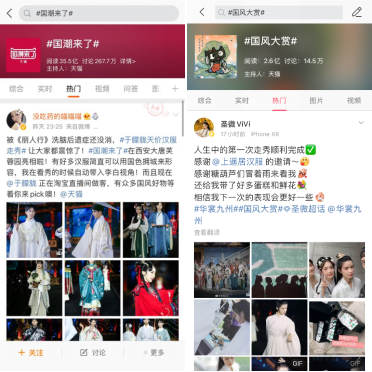 Looking back at the two Guofeng Awards, it is obvious that Tmall Guochao is gradually turning the inheritance of Hanfu culture into a routine and platform. Last year, it assembled the core brands of Hanfu, such as Zhiyu Ji, many national style conveners, and joint IPs such as the movie version of "Tianya Mingyue Knife" and "Dream of Red Mansions" to realize the initial exploration of platform operation.

And this year's 2.0, Tmall Guochao completed a self-iteration, introducing more platform power into the Guofeng Grand Award. Behind the innovation of styles, lineups, and organizational forms, Tmall Guochao continues to use platform energy to help maximize the influence of Chinese traditional culture. It focuses on the cultural preferences and value concepts of the Z generation circle, so as to empower the platform brand to conduct cross-border marketing based on the portraits of potential user groups, complete the brand marketing upgrade while achieving youthfulness; and when the platform brand is recognized by the Z generation, it is also Let the Tmall platform be invisible and stand with young people. 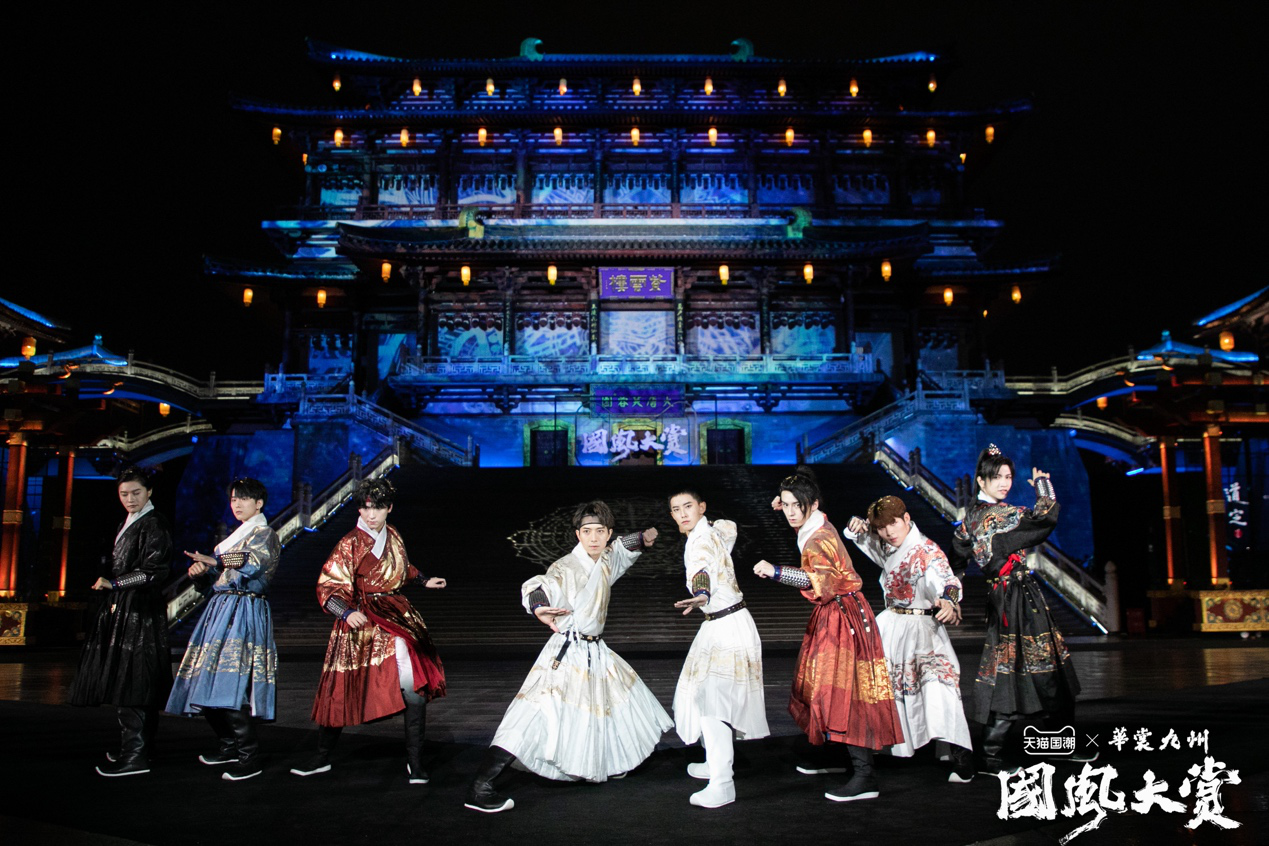 Costumes are often regarded as a carrier of culture, and as the most representative traditional costumes of the Han people, Huafu/Hanfu is also showing the cultural heritage of China's five thousand years of "Heavenly Power". Tmall Guochao, which is committed to promoting traditional culture and assisting the upgrading of domestic brands, has created a "national style award" to satisfy the love of Generation Z for Hanfu and make Hanfu craze successfully out of the circle. In the future, Tmall Guochao will dig out the essence of traditional culture to help it rejuvenate, which is very exciting.